back to search results

Mujgon Niazi expected to spend August studying for the Medical College Admission Test and picking out venues for her wedding. Instead she has been on the phone day and night, trying to help her fiance escape Kabul.

Ms. Niazi, a 25-year-old Afghan-American who lives in Elk Grove, Calif., has spent hours each day on WhatsApp with her fiance, keeping him apprised of any State Department alerts and steadying his nerves. Her fiance has made a half-dozen trips to the airport between Wednesday and Sunday, but gave up each time after either not making it inside or to flee gunfire from Taliban soldiers.

“I don't know what he's going to do,” said Ms. Niazi, who last week filled out an State Department evacuation application for her fiance and contacted elected officials for help. “I don't know how he's going to leave the country.”

She and her fiance have been waiting since December for the U.S. to complete one of the last steps in his visa application so he could join her in California. In late July, the State Department informed them that he would soon get a required interview at the U.S. embassy in Kabul.

On Friday night, Ms. Niazi’s fiance finally made it inside the airport and to a gate. He showed U.S. soldiers an airport admissions pass that the State Department had emailed him last week and his visa paperwork, but they wouldn’t let him through.

He spent the next 48 hours at the gate without food and exposed to the sun, hoping the soldiers would reconsider, Ms. Niazi said. Sunday night her fiance fled the area when fighting broke out between U.S. soldiers and the Taliban, she said. He had to jump over a barbed-wire fence as Taliban soldiers beat him with sticks, she said.

Her fiance is now back at his apartment, unsure of what to do. 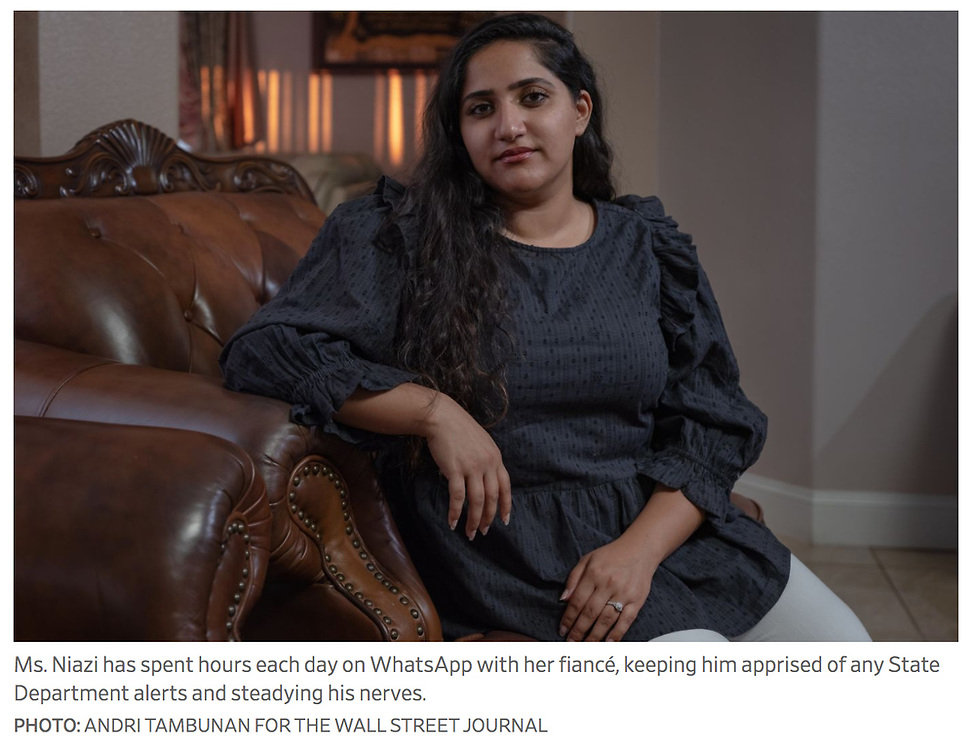