back to search results

Farmworkers marched 335 miles to Sacramento to urge Gov. Gavin Newsom to sign a bill to help them unionize. ⁣
⁣
After Newsom vetoed a bill last year championed by the United Farm Workers union that would have allowed farmworkers to vote by mail in union elections, labor organizers decided to ramp up the pressure. Starting Aug. 3, a group of workers marched more than 300 miles north, from Delano in Kern County to the state Capitol in Sacramento, to urge Newsom to sign a new version of the bill.⁣
⁣
The new iteration of the bill, AB2183, was amended this week to lay out a more complex process for farmworker union elections beyond just allowing them to vote by mail. Advocates said it would help farmworkers participate in union elections without interference from their employer.⁣
⁣
About 30 farmworkers completed the entire 335-mile journey through the state’s agricultural Central Valley, union spokesperson Elizabeth Strater said. Along the way, hundreds of other workers and supporters joined them for parts of the trek.⁣ 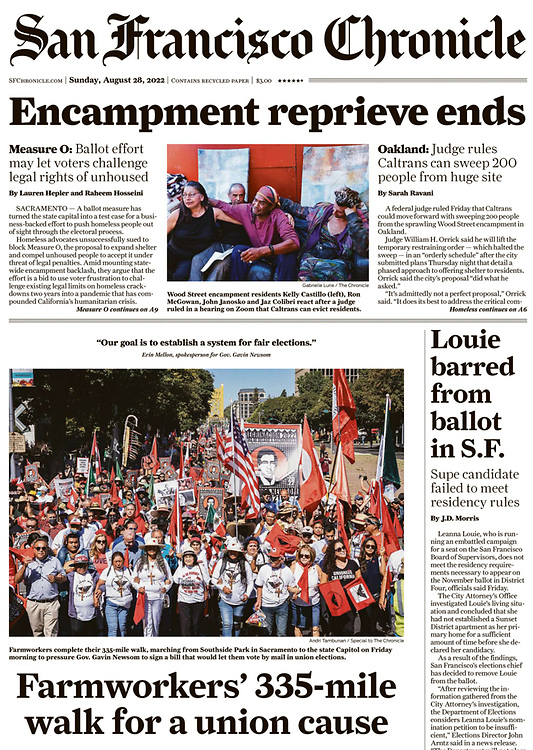