Against All Odds: HIV/AIDS Epidemic Among Indigenous Papuans.

Back in his village, Eddie’s family members and friends mourn his death.

Eddie (30) was a schoolteacher in Jayapura. Despite his education and access to health facilities in the city, Eddie didn't seek medical treatment for HIV because he was afraid that his friends and family would find out about his status. Eddie returned to his village in Wamena when his health declined, and his immediate family cared for him. He stayed in a traditional hut (honai) and avoided clinical treatment. The virus progressed into the later stages of AIDS. When Eddie's condition became critical, his family finally brought him to the hospital and he arrived on the brink of death. His CD4 or white blood cell count was 1, when a normal person would have at least 700. Family members gathered everyday at his bedside, waiting for the inevitable. Despite doctors' attempt to stabilize his condition Eddie passed away within less than a week.

Stigma significantly reduces the quality of life and increases the likelihood of suffering and mortality for indigenous Papuans living with HIV/AIDS. ODHA (Orang Dengan HIV/AIDS) is the term often used to label a person living with HIV/AIDS. This label has a negative connotation since HIV/AIDS is frequently associated with dishonor and death and it is often viewed as a curse or retribution for sins or deviant behaviors such as alcoholism, promiscuity, and extra marital sex. Thus, shame, guilt and death go hand in hand with how Papuans see HIV/AIDS. Consequently, fear of abuse, persecution, and ostracism from family members and the wider community has made secrecy the primary concern for ODHA rather than seeking treatment. 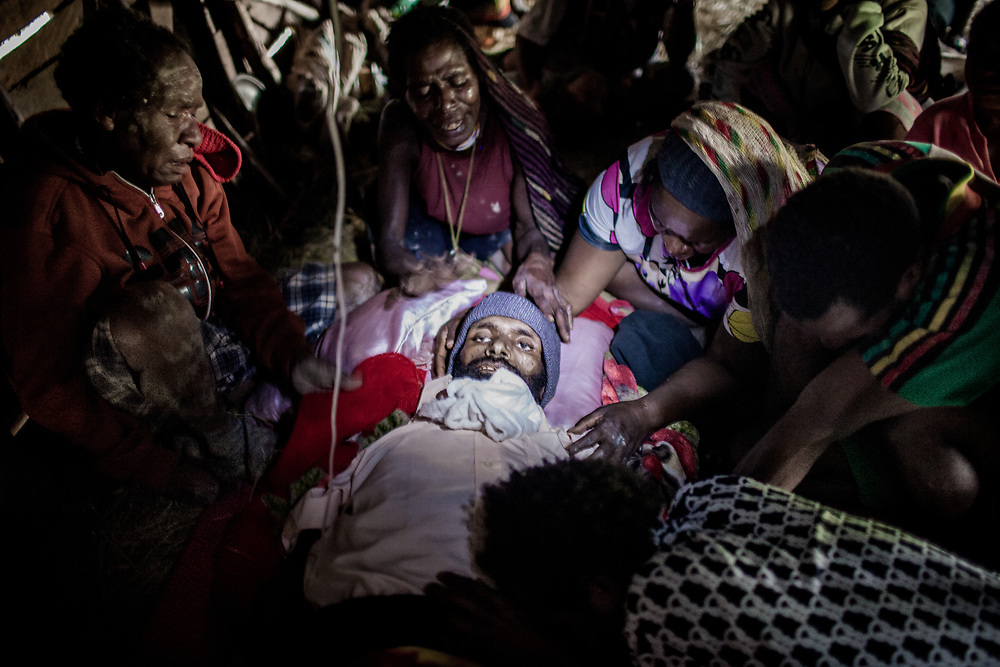