The body of a murdered man is dumped near a slum in Caloocan. His death is suspected to be related to the drug war.

Over 12 thousand people including men, women and even young teens who are mostly the urban poor, have been killed since President Duterte initiated the campaign against drugs. The killings or executions are carried out by masked gunmen. Bodies in morgue showed signs that the victims were bound or handcuffed but the police report often states they fought back or tried to run away. 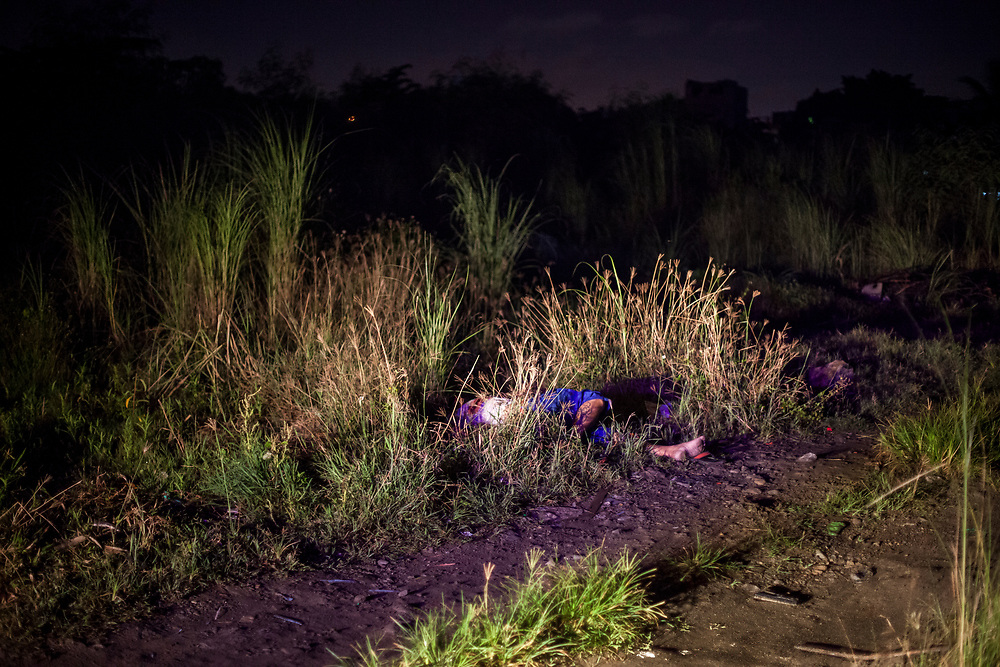