Against All Odds: HIV/AIDS Epidemic Among Indigenous Papuans.

Becky (24) hands off her newborn baby, Gabriel, to her twin sister, Dessy. Becky and Dessy are both HIV positive. However, neither of them had ever taken ARV even when they were pregnant. Gabriel, who is less than 1 month old, often gets sick. Dessy's daughter died the previous year at before age 2 and Becky's daughter Emma (1) recently died from a sudden illness. None of their children have been tested for HIV because the test cannot be administered before the age of two. However, their frequent illnesses suggest that Becky’s and Dessy’s children might have contracted the HIV virus from their mothers.

In Papua there are more records of housewives infected with HIV than sex workers. In most cases, housewives contracted HIV from their husbands. As a result, many pregnant women who are unaware of their infection often pass the virus to their infants. Fortunately, HIV testing on pregnant women is a mandatory practice conducted during prenatal care. Nevertheless, the transmission of HIV from mother to child still occurs, especially since many women have limited access to a clinic during their pregnancy. 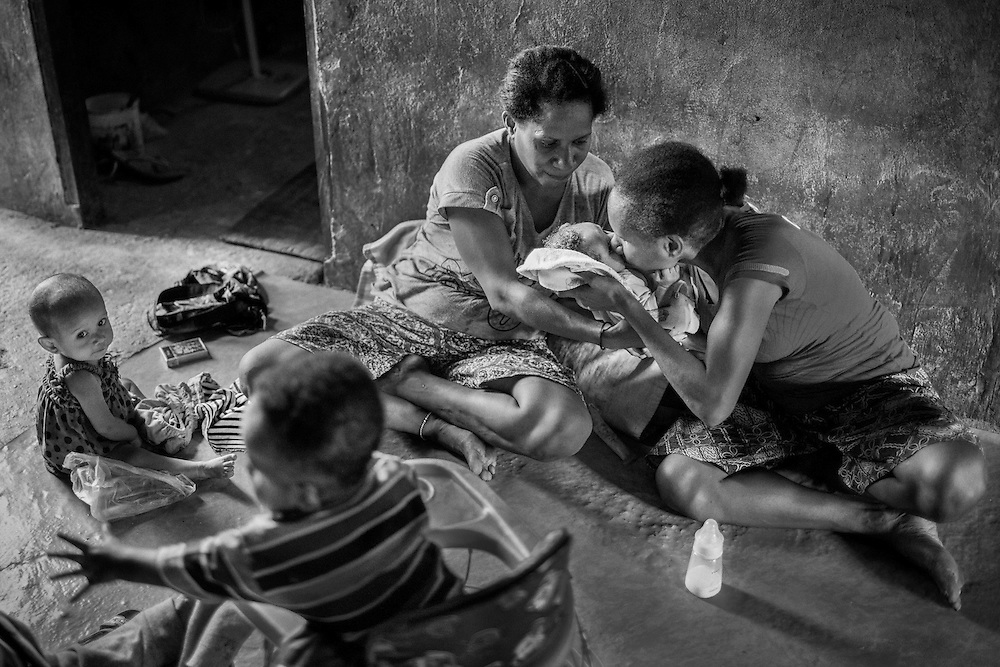